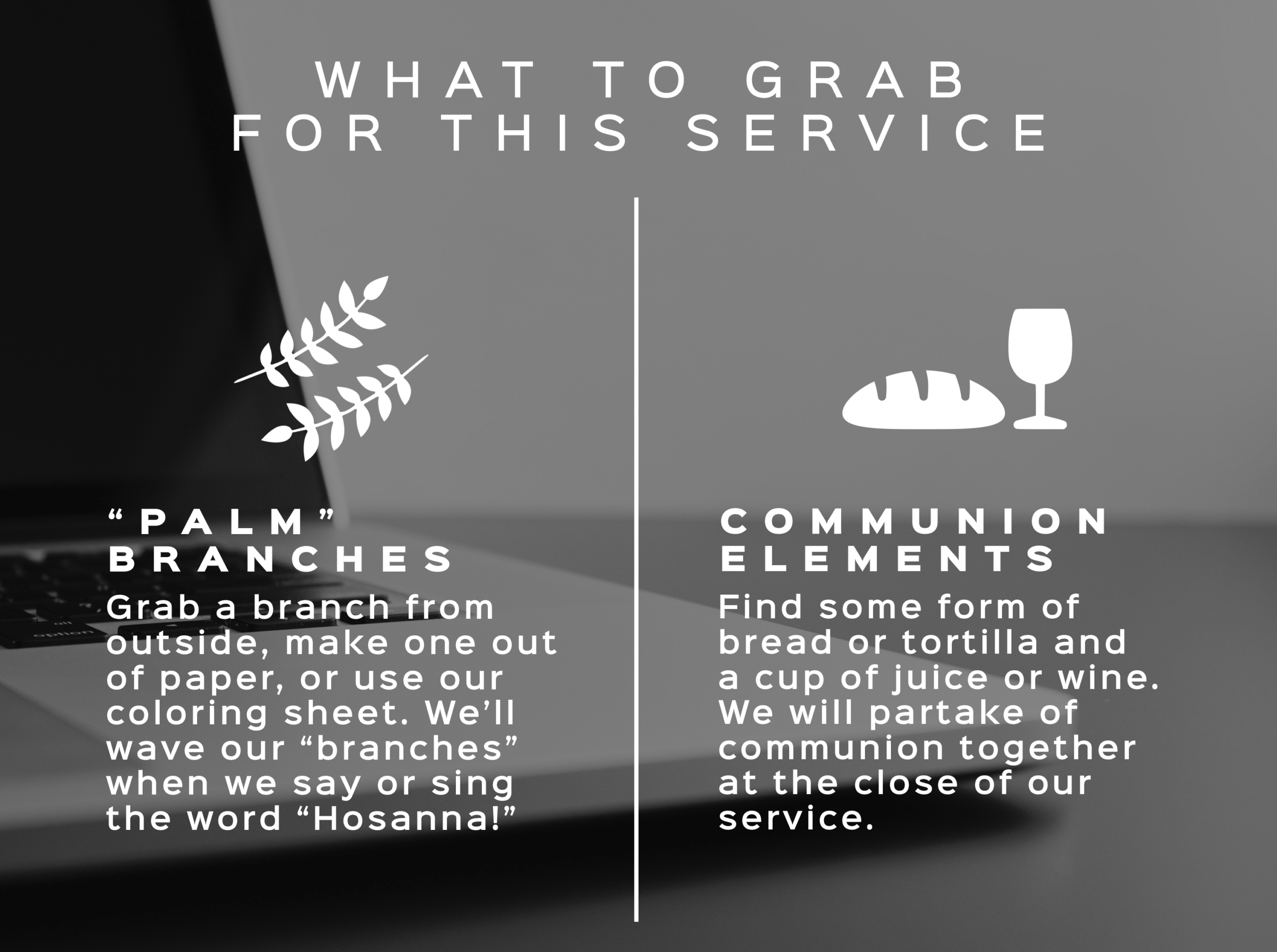 GIVE ONLINE
Even when we can’t worship in person, giving is still an important part of how we honor God and serve our community. Click the button below to give.

1 As they approached Jerusalem and came to Bethphage and Bethany at the Mount of Olives, Jesus sent two of his disciples, 2 saying to them, “Go to the village ahead of you, and just as you enter it, you will find a colt tied there, which no one has ever ridden. Untie it and bring it here. 3 If anyone asks you, ‘Why are you doing this?’ say, ‘The Lord needs it and will send it back here shortly.’”

4 They went and found a colt outside in the street, tied at a doorway. As they untied it, 5 some people standing there asked, “What are you doing, untying that colt?” 6 They answered as Jesus had told them to, and the people let them go. 7 When they brought the colt to Jesus and threw their cloaks over it, he sat on it. 8 Many people spread their cloaks on the road, while others spread branches they had cut in the fields. 9 Those who went ahead and those who followed shouted,

“Blessed is he who comes in the name of the Lord!”

10 “Blessed is the coming kingdom of our father David!”

“Hosanna in the highest heaven!”

11 Jesus entered Jerusalem and went into the temple courts. He looked around at everything, but since it was already late, he went out to Bethany with the Twelve.

What The Lord Has Done In Me